Performance is not Progress 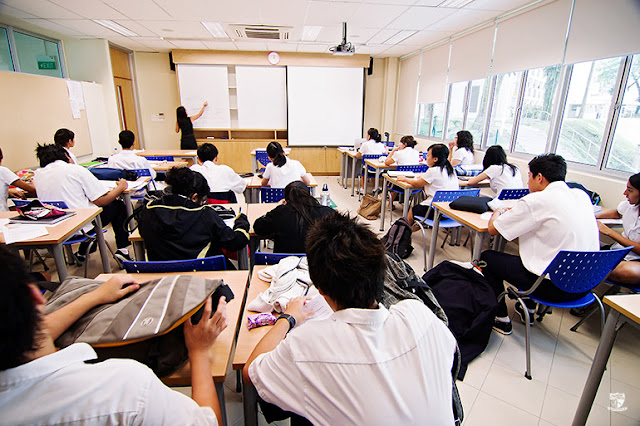 Q. I've got an observation coming up and I've been told I need to show that my students have made progress in my lesson. How do I do that?

A. Well that depends on what you mean by 'progress'.

A. Well, I think progress means that a student knows more about the subject than they did when we started. It's basically synonymous with learning.

Q. So, what's a good way of checking for progress?

A. If you want to know what someone knows, you ask them questions about it. If you want to see what someone can do, you ask them to do it. But progress is something different. Progress is change over time, not simply a snapshot. So if you want to see if someone has made progress you need a starting point and a destination. You can then compare knowledge at the start of a term, say, and again at the end. As long as your assessment methods are appropriate then you've got yourself evidence of progress.

Q. This all seems pretty straightforward. But I need to show progress in a lesson. So, if I teach them something new in the lesson and then do something like a quiz as a plenary, I'll be able to see if they've learned it?

A. The good old three-part lesson (starter, main and plenary) was always intended to allow the teacher and his students to make their learning 'visible', to evidence progress. You ascertain existing knowledge, you teach the next bit, then you review to see if the required new knowledge has been gained. But here's the rub. When you do this what you're seeing is performance, and performance is not evidence of learning, and so can't be evidence of progress.

At least it's not necessarily evidence of progress. It might be, it might not. But it is certainly, in the words of Soderstrom and Bjork (2015)[1], "an unreliable index of whether the relatively long-term changes that constitute learning have taken place." (p176)

Q. So why is performance not a good indicator of learning?

A. Because of the way that forgetting works. Simply, long term retention is strongest where forgetting is regularly interrupted by retrieval.

Here's a simple explanation using basketball. Two groups have three 'lessons' in which they are required to learn the free throw, the lay up and how to dribble. (Let's assume the groups are similar with regard to other variables, shall we?) Compare these two possible approaches:

So here's the thing, let's say someone came in at the end of each practice and asked the players to show their 'progress' in what they'd learned that day. Which group would perform best? Group A. Every day. But if you allowed a period of time to elapse after the third practice (let's say a week) and then tested the players on all three skills, which group would do best? Group B.

If your plenaries only require students to perform things they have just experienced in that lesson, then any performance that is offered during a plenary is precisely that; performance. It tells you very little about learning.

Q. Okay, so maybe my plenaries aren't really evidence of progress, but they're not exactly a problem, are they? No harm done?

A. Counter-intuitively, short term performance improvements, like the ones the students show in the standard tell-me-what-you've-learned-today plenary may mask a lack of learning in the long term. A student can consistently give great plenary answers across a term and at the end of term have learned far less than their performance in lessons had led you to believe. And conversely, poor performance in plenary quizzes may mask the real learning that has taken place. This can be accounted for with a concept called 'latent learning'[1].

Q. So, back to my first question. I've been told I need to show that my students have made progress in my lesson. How do I do that?

A. You can't. Not with any degree of certainty. And what's worse, this requirement may ultimately be counterproductive for student learning because it will tempt you to plan in activities for your observation that evidence performance and can't reliably show progress at all!