Showing posts from August, 2015
Show All

To the Promised Land: Brazilian Footballers in Europe

The religious landscape of Brazil has undergone seismic change in the last few decades. Where once the Catholic Church held unquestioned primacy of position, the decline in her influence over the nation has been sharp. It is claimed that in the 1940s 99% of Brazilians were Catholic, while the figure in 2013 was reported to be down to just 63%. In its place has risen the Protestant Church, and one broad denomination in particular - Pentecostalism. The most followed brand of Protestantism in Brazil is a version of neo-Pentecostalism which lays a central importance on profound personal experience(s) of the Holy Spirit alongside the accumulation of material wealth as a sign of God's favour.
Read more 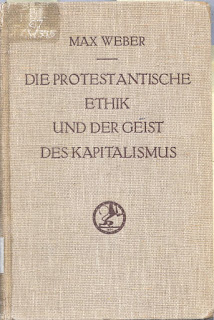 Max Weber argues that ideas are more significant in shaping society than are the economic conditions of life. This is opposed to the doctrines of classical Marxism. Karl Marx believed that the material world produces the ways people think about their existence. Max Weber believed that the ways people think about their existence produces the material world. Marx was a materialist; Weber an idealist. Weber’s philosophical idealism led him to search for a set of beliefs, or ideas, which produced a worldview consistent with the development of the social setting in which he was living. Alongside this, Weber believed that he had observed a correlation between the emergence of modern capitalism and the predominance of Protestant (specifically Reformed, Calvinistic) belief. The very existence of this correlation has been substantially challenged – if not refuted – by numerous writers in the fields of history, economics and sociology. Nevertheless, and not without good reaso
Read more
More posts