- March 08, 2016
It's very hard, when writing of Bourdieu, not to be drawn into mimicking his prolix style of writing. Trawling through long sentences is no fun for anyone, but the concepts addressed here are sufficiently nuanced to demand some form of qualification with almost every statement. Bear with me.

What is the Habitus? 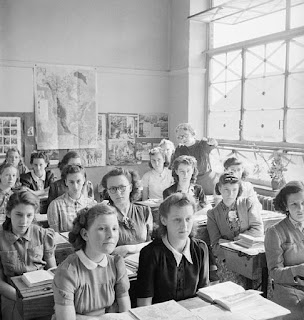 Pierre Bourdieu developed the concept of habitus for use in the social sciences. He was concerned to overcome the dichotomy between agency and structure. In order to do this he suggested that the formation of each individual person's tastes and dispositions is, in the first instance, a result of early socialisation in particular. The home life, the school life and the other varied experiences of early childhood all combine to suggest, implant and/or produce preferences for 'ways of being' or habitus. That is, the social conditions of childhood serve to cultivate a particular set of personal characteristics: we pick up the values of the culture in which we are born and raised.

At this stage of life each human being internalises (both bodily and psychologically) those exterior social attitudes, values and structures and then performs or reproduces them. This reproduction of specific behaviours, attitudes and dispositions that were previously internalised (sometimes consciously, usually unconsciously) from the social milieu may seem at least to the actor themselves to be the actions of a free agent. However, Bourdieu would argue differently as we have seen.

Consequently, ways of being become relatively stable amongst social groupings (insofar as those groupings are relatively stable), and they ultimately become self-fulfilling. The social structures produced by the performance of dispositions of actors and groups of actors are those previously internalised by the actors from the structured social scenarios in which they were socialised. Bourdieu writes

". . . social agents construct social reality, both individually and collectively, . . . The subjective structures of the unconscious that carries out [sic] the acts of construction, . . . are the product of a long, slow, unconscious process of the incorporation of objective structures." (Bourdieu, 1996: 29)

The uncritical person may view these dispositions as if they emanated from human nature, and are thus inalienable, natural or even 'God-given'. This of course also gives rise to the notion of the 'second nature'. From a Christian standpoint it can be foreseen here that this habitus forming, if applied injudiciously to all behaviours and dispositions, provides the non-Christian with a means for the abrogation of the very notion of 'natural' behaviour per se (and ultimately a denial of the existence of God). I reject this. I have no doubt that many of my own tastes and preferences emanate from my own primary socialisation in white, working class England, but this is not to say that there are no deeper, more profound and more permanent features of my nature which are - in fact - natural or God-given. Fleshing this out can wait for another post.

An evidence for the concept of the habitus can be found by observing the difficulty with which people navigate new or alien social environments. Habitus thus predisposes to seek out certain kinds of familiar social interaction, and to avoid others to which the habitus is not well suited. These different social scenes, Bourdieu called fields.

So far we have taken pains to show that the habitus is constructed by interaction with social structures. But Pierre Bourdieu acknowledged that it was possible to rend the habitus from its well-worn grooves.

We might call the experience of this 'being out of the comfort zone'. If you're out of that comfort zone for long enough your dispositions begin to shift to align with the new social conditions in which you now find yourself. Bourdieu called this new disposition the habitus clivé, or cleft habitus. Sam Friedman's succinct and accessible post at the Sociological Review provides a good deal of clarity here, which I'd recommend you read.

Essentially, there are instances in which one is placed in new, unexpected, and unusual circumstances for which one is under-prepared (or under-socialised). As a consequence of the influence of these significant or repeated experiences, the habitus begins to become unsettled and new dispositions - which are divergent from the primary socialisation - are demanded, internalised an reproduced. This is the habitus clivé.

Orthodox Christian theology stresses the importance of the 'new birth', or of being 'born again'. When Jesus spoke to the rabbi Nicodemus (their encounter is recorded in at the start of John 3) he informs the man that to see the Kingdom of God, 'ye must be born again'. This is as startling and loaded a statement to us today as it was when first uttered. 'What did Jesus mean?' is a theological question, but 'how does it structure a person's experience of themselves and the world?' is, at least in part, a sociological one.

Things change when a person becomes a Christian. Friendship groups change, values change, attitudes change. The kinds of experiences sought, the subjects discussed, the films watched, the places frequented, all become subject to a new system of values.  Many people, on becoming Christians, experience rapid and vast transformations in almost every area of their lives. It's a daunting thing, and no doubt keeps many would-be Christians from taking the plunge, so to speak.

Could it be argued that the new birth instigates a new primary socialisation? Could the new birth be a kind of rapid, abrupt and near-total cleaving of the habitus? I believe so. Thus, I propose the term habitus renversé

Renversé has a couple of relevant connotations (don't worry, I studied French for a bit!). The word means both 'overthrown', and is used in the sense of a coup or violent ousting of a government, but it also carries the notion of being 'turned upside down'. Those of you who have read the remarkable story of the early church in the book of Acts will know that the early disciples were condemned as those who had 'turned the world upside down'.

The violent and abrupt overthrowing of the old habitus, and the total inverting of the desires and actions, are apt metaphors for the kind of Christian conversion described and envisaged by the New Testament. In this way we can see a great value in a carefully considered synthesis of theology and sociology. We would not be the first to see these connections.


The origin of the word habitus is ancient, and reaches back far before Bourdieu and other modern social theorists. A greek equivalent term (hexis) was used by Aristotle, habit and habitus are to be found in the writings of Augustine and Aquinas, for example. All of this is acknowledged in the recently published work of Bourdieu's oft-partner Loïc Wacquant.

But what is fascinating is that much of the early scholastic writing used the notion in a theological sense, and often to attend to the prickly question of the interplay between free-will and predestination (a debate not entirely distinct from the agency/structure question). Only since the enlightenment has habitus been stripped of its theological connotations. This post, to some extent, has attempted to put it back again.