An open letter to sociology

I'm Mike, and I'm a full time college lecturer (I teach sport, since you asked). But I also study sociology in what little spare time I have. Well, sociology of sport, at least.

This letter is to ask for your help. I'm a newcomer to sociology, a johnny-come-lately, the new kid on the block. And the fact of the matter is that I'm entirely out of my depth. I'm assured by my peers that that's a good thing though. The internet is also pretty sure, for example, that Bertrand Russell once said something like this:

"The trouble with the world is that the stupid are cocksure and the intelligent are full of doubt."

I'm not claiming intelligence necessarily, but if the 'full of doubt' bit is anything to go by... well you get the idea. I'd like to stick around long enough to see if some of that doubt can be lifted and maybe if there's anything I can contribute.

I've come to sociology in a kind of round about way. I didn't study it at school, and I don't have an A Level in the subject, nor did I study sociology at Uni. But I did study a joint honours which basically ended up in my final year being half sociology of sport, and half social geography. So, I've arrived at the discipline at a somewhat jaunty angle. I think this disadvantages me in some obvious ways, but advantages me in some others. I haven't been socialised into sociology, nor do I necessarily revere any of the 'founding fathers', and I'm coming across concepts kind of organically as I read. It's nice. 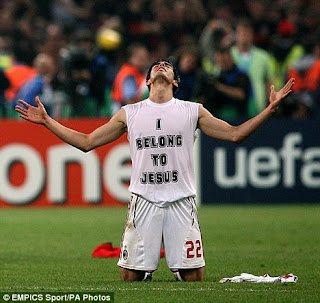 I'd like to engage. I'd like to be corrected, and encouraged, challenged and mocked. Really, I don't mind. I'm used to it. So, if you have the time, I'd be delighted if you'd read the stuff I blog, and even more delighted if you'd let me know when I use terminology inaccurately, or when I've missed something obvious, or if I've misrepresented the thoughts or words of someone else. If I've got my epistemology in a tangle, I'd value having it pointed out. If you want to send me stuff to read, I'll do so as much as is possible. And if you ask me a straight question, I'll do you the honour of giving you a straight answer.

So, sociology - new friend - I'm not sure where you will take me. You may chew me up and spit me out, but that's in part up to you. You may open a path for me into academia (which, by the way, baffles me in many ways - and what's the deal with all the coffee?). You might tolerate my presence, provided I stay at arm's length. It remains to be seen. Maybe I'll finish my master's and pipe down. However it turns out, for now, let's hang out.

Of course you're well aware that Karl Marx said "Philosophers have hitherto only interpreted the world in various ways; the point is to change it." It may be hubris, but perhaps, just perhaps, there's a little part of the world that we can change for the better.