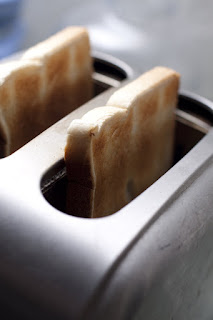 Imagine a father comes home from work to find that his 13 year old son has taken apart the toaster in order to study what is going on inside. The son, after hours of prodding and poking has now got a proper grasp of the inner workings of the machine. He could easily explain to his dad how the thing works. Perhaps he even has a future in the grilled bread industry. But his dad scolds him for breaking the toaster and sends him to his room.

Welcome to the life of a sociologist.

Firstly, the father is like the uncritical individual, possessed by his own certainty. The toaster is a toaster and as long as it serves the function ascribed to it then it is to be regarded as complete, unalterable or even good. He sees no worthwhile extension of its productivity or of its function. It does what he bought it to do: why fiddle? The father does not appreciate deconstruction, he only sees destruction.

And the boy is the sociologist. He knows that to discover how something works it is often necessary to de-construct it, to look at its constituent parts. The boy/sociologist does this because he is borne along by hope. Hope of something better; hope of improvement. Deconstruction is not an end in itself but a necessary stage in the betterment of the thing, whatever the thing may be.

(The sociologist in you is questioning why it's a boy who's taking the toaster apart, and why the parent who's been out at work is male. Isn't this perpetuating the hegemony of patriarchy. Yes, maybe it is, but it's my analogy and I say it's a boy.)

Consequently, sociologists are a peculiar bunch. They (dare I say 'we' as a humble Masters student?) insist on being sceptical, pointing out things that are unwelcome and critiquing long-held assumptions. Sociologists therefore often find themselves on the outside looking in. Especially in the public discourse. Sociologists are unwelcome at the table for fear that one of them will point out the Emperor's nakedness.

Sociologists who are interested in sport are in jeopardy (Maguire, 2011) but few more so than those who (such as myself) are Christians. In the referenced work Maguire draws upon the work of Pierre Bourdieu to suggest that sociologists of sport are jeopardized by their relationship to both sociology and sport. I want to alert you to a third element of this jeopardy which is peculiarly mine.

1. Sociology. Since sport is seen as not serious, so the sociological study of sport been historically regarded as either frivolous or marginal by its parent discipline. To be a sociologist committed to the study of sport is to choose to be marginal: this is the first jeopardy. But sport is an incredibly potent socialising force in our society, and deserves to be investigated. Thankfully this is changing among the social sciences.

2. Sport has a very strong internal cultural self-validation. It is an unwelcome thing to challenge the 'sanctity' of modern sport; to assail its supposed inherent goodness. But such is the role of the sociologist - not cheerleader but scrutineer. The positives and the negatives are to be investigated and represented in an honest and (insofar as is possible) non-partisan way. The second jeopardy is the risk of being shunned by the world of sport. Which brings me to a third point of articulation, peculiar, it seems, to few.

3. Christianity strikes at the very epistemological assumptions which have held sway in sociological thought since very early in the modern discipline. These have guided the course of the discipline over a century and a half and have been heavily influenced (dare I say 'biased'?!) by secularist thought and intention. As a result sociology is often regarded with great suspicion by Christianity broadly, and conservative Christianity particularly, as being unnecessarily critical, destructive and opposed to the faith. I hope to show that the sociological imagination is not entirely incompatible with Biblical Christianity but that there is a complementarity which is yet to be fully elucidated for the present era. 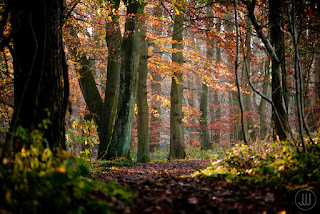 These three jeopardies are jeopardized by one another. I hope I'm wrong, but initially it seems to me that to stand in the middle of these is to stand in the crossfire. There is no way, surely, that these three fields can be combined to form any kind of meaningful, helpful or intellectually rigorous synthesis. Such is the challenge that confronts Christian sociologists of sport. Such is the challenge I hope to take on. Can there be found a synthesis or a way through the woods?

I hope the eminent, the mainstream and the dubious among the sociological community will graciously allow me the space to investigate and challenge their assumptions as I gladly challenge my own. If any are willing to be self critical it ought to be those labouring in the social sciences. So, while hubris it may be, please bear with me. There is some distance to travel.

For the record, if I came home to find that my kid had broken my toaster I'd not be best impressed.