Game Over: Sport Will Destroy Itself 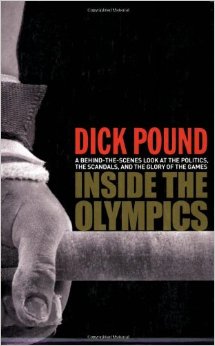 The recent and frankly unsurprising news that the Russian Athletics Federation has been up to its neck in doping infractions, making a mockery of the sport (and the athletes) it is ostensibly serving, looks to have long lasting repercussions. But beyond the banning of a federation from an Olympic games, or the potential pro-Russian boycott that may result, there is one thing that is growing more apparent as the stories unfold...

But why do players, athletes, coaches and even entire federations make clandestine use of illegal and banned substances? The power structures that drive and sustain elite sport create enormous pressures on athletes to use illegal means to success. Let's briefly sketch three of these pressures.

Just about everybody knows Usain Bolt, or Serena Williams, or Lionel Messi. These are household names because we revere athletes who can contort and manipulate and discipline their bodies to produce exceptional performances of all kinds. Sport holds out the possibility of becoming a big star, and in a society obsessed with celebrity, the temptation to take a short cut to stardom can be overwhelming.

Forbes reports that this year (2015) Floyd Mayweather earned $300 million. Manny Pacquiao, Cristiano Ronaldo, Lionel Messi and Roger Federer all earned over $65m in the same period. These astronomical figures are not paid to doctors, or NASA engineers, or fire-fighters, but to men and (albeit to a much lesser extent) women who swing gloved fists, hit tennis balls and take free kicks. A pay-cheque like one of these could surely be used to persuade some athletes to take the pills and ask no questions. It all comes down to the performance.

In the Cold War era it was well understood that sport had become a kind of proxy for competing political ideologies. Capitalism and Communism went head to head at the Olympic games, and the world watched on rooting for their own side. Nations represented ideologies, and athletes represented nations. Many athletes were treated with disdain by national federations and pumped full of performance enhancing drugs which have had hugely deleterious impacts on them in the long term.

But despite the collapse of the Berlin Wall, and the apparent victory of the Capitalist way of life, this jingoism - which is part and parcel of modern sport - has not been consigned to history.

Recent news of the systematic doping of Russian athletes under the knowing auspices of the Russian Olympic Federation have revealed again how far nations will press their athletes, how much will be covered up or denied, when geopolitical victories may be won.

Pawns in the Games

All of these are tied together when we see Sport as a product itself of a secularizing and rationalizing trend in society that has its roots in the industrial revolution.  This process has changed our world beyond recognition in the last century. The relentless pursuit of the faster, the higher, and the stronger are features of our modern age and sport is far from immune. The pursuit of records, the demand for greater intensity, the ever-more demanding athletic schedule, have all contributed to the creation of that peculiar thing we call sport.

Doping may be destroying sport, but as a product of rationalized and secularized modernity, sport produces doping. Unless some wide-scale changes happen to unsettle these rampant secularizing processes, sport will destroy itself.
Doping Drugs Olympics Sport WADA