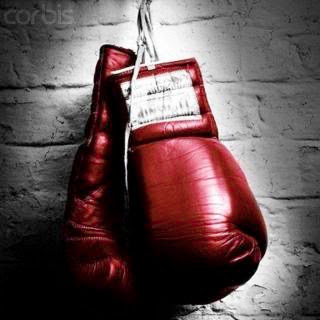 Following the recent death of a young Australian boxer, there has been a renewed call in some quarters for a ban on boxing.

Braydon Smith, who was just 23 years old, is the latest in a line of boxers to have been killed as a direct result of his participation in the sport. In response to the incident, President of the Australian Medical Association's Queensland branch, Shaun Rudd, called the sport 'barbaric'.

But what is it that makes boxing 'barbaric'? Surely not the death toll? Deaths caused by 'the Sweet Science' are not nearly as numerous as deaths from motorcycle racing or mountaineering, for example. So why aren't we hearing calls to ban these sport forms? Sociology may have an answer.

'The civilising process' is a term first coined by eminent sociologist Norbert Elias, and is the title of his seminal work on the way in which society and culture tend to shift from barbarity to refinement. Elias saw this as a long, slow process occurring over centuries by which society grows ever more civilised. He wrote about how table manners, bodily functions, and levels of violence have all been susceptible to increasing restraint over time.  Elias argued that the civilising process does not seek to end the unpleasant or the repugnant, but rather control, repress or banish it from sight.

So if society, according to Elias, is becoming more civilised, surely the brutal sport of Boxing is down for the count? Surely, a Boxing ban is a question of when, not if.

Don't be so sure. What is acceptable to society is always shifting, but so far the sport of Boxing has kept its place within that realm by making careful changes in policy, practice and procedure. There has evidently been a move within boxing over the past 30 years to make the sport more palatable to modern, civilised tastes.


A few years ago Baird et al. published a paper entitled 'Mortality resulting from head injury in professional boxing'. Its key conclusion was that, while boxing had become safer since 1983, there was more that could be done to limit the number of fatalities. They suggested that closer medical supervision should be given to boxers, and that CNS imaging should be carried out immediately post-fight. What is needed, they say, is more specialisation and medicalisation.

Secondly, legislation has been passed in order to make boxing more acceptable, and convictions of negligence over boxing fatalities have been handed out by the courts.

Another line of defence is the judicious use of language. The boxing fraternity will describe deaths such as Braydon Smith's in terms calculated to protect the sport's position among the acceptable pursuits of a civilised society. The President of Boxing Queensland has provided a perfect example: 'It's a tragic accident, a tragic accident as you can have in a car or any other sport, there are many sports that have deaths in them'.


The level of brutality acceptable to society at large will be key in determining the long term survival or otherwise of boxing as a sport. Boxing differs most markedly from motorcycle racing or mountaineering in two key regards. First, the degree of brutality or violence, and second, the clarity of the link between that brutality and subsequent injury or fatality. This is why the same clamour is not raised over deaths in these other sports. Clamour from a few quarters, however, is not enough to push Boxing beyond the pale of social acceptability.

There is more of Elias's theory yet to consider.

Elias acknowledged too that there are occasions of particularly rapid change in the social boundaries between the taboo and the tasteful, between the reprehensible and the refined, between the grotesque and the gorgeous. He called these rapid changes 'civilising spurts': they are usually the result of a very specific set of social circumstances.

With the death of Braydon Smith, it seems unlikely that we will have reached such  a threshold in public attitudes towards Boxing. His story is already rapidly fading from the pages of the news websites. A civilising spurt requires a much more significant event (like the death of a major star; a Mayweather or a Pacquiao, for example), to force the sport of Boxing out of the domain of acceptability and into the distasteful.

If the public do begin to view Boxing as a shameful and uncivilised activity, if medicalisation and specialisation cannot counteract that shame, and if Elias is right, perhaps we will soon see a civilising spurt in the Boxing world. If this happens, there won't be any need to ban Boxing; the Sweet Science will have grown bitter, and the civilised will spit it out!
Body Boxing Civilising Process Elias Gender Sport