- March 02, 2015
It turns out that July in Qatar is a bit on the warm side. Daytime temperatures during the summer can reach a scorching 50°C (122°F). No doubt by now we've all seen this graph from the BBC, or something similar.

FIFA awarded the 2022 World Cup Finals to the emirate on 2 December 2010 apparently unaware of the impact these conditions might have on players, officials, and fans. After much public debate and discussion, FIFA finally gave in to the climate and recommended the Finals to be moved to the (slightly) more temperate months of November/December.

With FIFA blundering its way through the self-induced mess, the voices of discontent grow louder. Clubs, leagues and federations are pressing Football's governing body for compensation. And as FIFA digs in its heels, who do you suppose will come out worst from this fiasco?

Qatar get to keep their World Cup and its associated revenue.

The Big European clubs may just have to wait a little longer for the conclusion of the Champions League. No big deal.

The English Premier League will be forced into a winter break, but there will be minimal lasting impact. FIFA president Sepp Blatter has already conceded that the final cannot be played after 18 December, thus allowing the EPL to maintain its busy (and exceedingly lucrative) festive schedule.

How about the North American broadcasters who splashed out to purchase the TV rights to the World Cup matches? Their peak viewing months are in the summer: a winter World Cup is not what they bid for, and not what they want. But just a few weeks ago FIFA decided simply to extend the TV broadcasting rights beyond 2022 and into 2026 without a bidding process or offering up the rights to tender. A bitter pill sweetened.

The 2023 African Cup of Nations in Guinea, however, is likely to be moved from its traditional January/February slot to June, according to FIFA secretary general Jerome Valcke. Junior Binyam, the media spokesman for CAF said, in the event of a FIFA request to postpone the Cup of Nations, that the governing body for African Football would 'adjust its calendar accordingly'. Apparently this will go ahead whether the host nation likes it or not.

The suggestion to move the Cup to the summer must have come from the same FIFA geographers who failed to discover that ninety minutes of running around during June in Qatar might be a sweaty prospect. 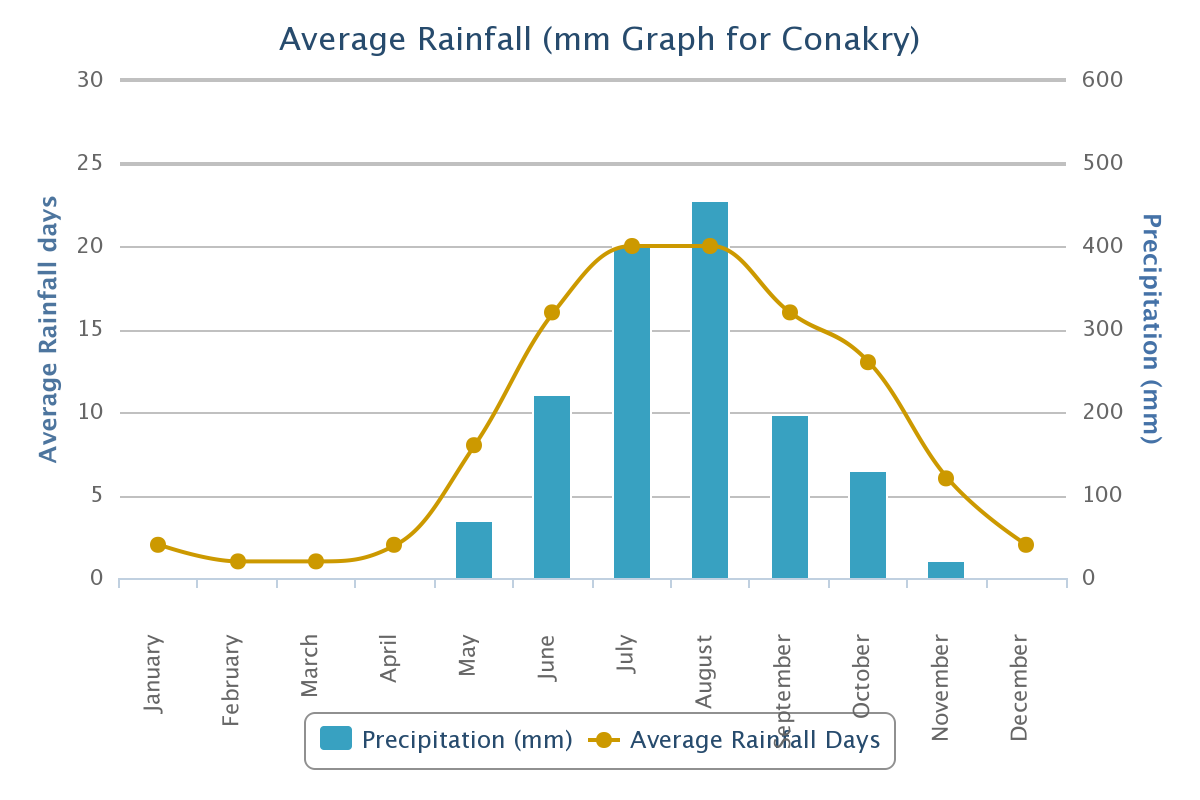 June is the start of monsoon season in Conakry, capital city of Guinea, and average rainfall peaks at around 450mm in August. There are likely to be 20 days of rain per month during the rainy season. Compare this to a paltry 70mm in London's wettest month (October).

According to lonelyplanet.com Guinea is 'one of the wettest countries in West Africa'. No kidding!

Perhaps Mr. Blatter is hoping to use his substantial political clout in Africa to push the rainy season back a few months. Or maybe FIFA knows that disruption to an African competition is preferable to disruption anywhere in the West.

In the meantime, it seems that FIFA needs to bring in someone with some basic Geography know-how.
Blatter Climate Dependency FIFA Football Governance