28 days in Qatar: Painkillers and FIFA's duty of care

- March 21, 2015
In order to facilitate the Winter World Cup, FIFA has agreed to cut down the length of the Qatar tournament to just 28 days. In doing so it has put players at risk.

Football's aberrant governing body has officially confirmed that the World Cup Finals of 2022 will be held in November/December, with a final to be played on 18 December. Naturally, since this will cause a significant interruption to numerous league calendars across the globe, FIFA have been pressed by clubs, leagues, and the bodies which represent them, for compensation. Recent news suggests that clubs will be receiving remuneration to the tune of £142m ($209m) for the release of players for World Cup duty.

This level of compensation may yet prove to be substantially too little to cover losses incurred by clubs. Why so? 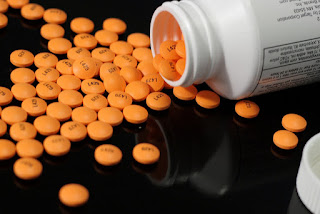 A few years ago FIFA conducted a study into footballers' use of painkillers during the World Cup. The findings were remarkable. The study, which was published in in the British Journal of Sports Medicine in 2012, showed that an astonishing 39% of players at the 2010 South Africa World Cup took painkillers 'before every game'. Before every game!

The physiological strain of World Cup finals football is well known. The games come so thick and fast that genuine recovery between matches is out of the question. In such a context, painkillers are increasingly seen by players and coaching staff as a necessity for tournament football. Add to this the heat and humidity of Qatar, where winter temperatures can still reach 28°C, and you have the conditions for widespread misuse of painkillers.

On publication of the aforementioned research, FIFA posted an article on its website identifying the great dangers of 'abusing' painkillers. The comments made in that piece are telling. FIFA’s Chief Medical Officer Professor Jiri Dvorak: "Every individual needs time for rehabilitation and recuperation and that leads to the obvious question ‘are they playing too much?’ or ‘are they under too much pressure to play?’"

The Brazil World Cup of 2014 spanned 32 days, South Africa 2010 lasted for 31, and Germany 2006 also lasted 31. In fact, no tournament since France 1998, when the 32-team format was introduced, has been played in fewer than 31 days. Qatar however, where weather conditions will be more problematic for players than in most previous tournaments, will be the most densely timetabled World Cup for over 20 years.

There is an abundance of research on dehydration and its negative impact on recovery. There is the evidence FIFA itself has unearthed with regard to abuse of painkillers. There is a risk of injuries such as rhabdomyolysis, as well as the consequences of the loss of efficient neuromuscular function. In the light of all these potential dangers of playing so many games on such a truncated time scale, one begins to wonder both at FIFA's motives and competence in suggesting a 28-day tournament.

Let me answer your question, Mr Dvorak: Yes, they are playing too much.

FIFA's declaration, in the article already quoted, that "our primary concern is the health of players", seems to be little more than platitude. FIFA has a duty of care towards the players participating in its tournament, but this latest decision suggests that the governing body's priorities lie elsewhere.
Duty of Care FIFA Football Governance Painkillers Soccer