Ciao Calcio: as Fiat goes, so goes the Scudetto

- February 03, 2015
It's 1994. James Richardson sits at a table, caffeinated beverage in tall glass, flicking through the Gazetta dello Sport and waxing lyrical about the exploits of the classiest, most self-assured and knowingly-superior footballers on the planet. 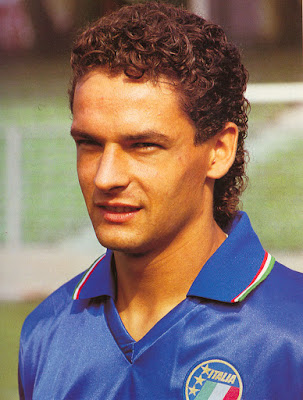 And what exploits they were: Paul Gascoigne’s unadulterated joy at his equaliser for Lazio in the Rome Derby of 1992; George Weah’s goal following that stupendous 90 yard dribble through the entire Verona team in September 1996; the sheer game-changing talent and semi-mystical presence of the ‘Divine Ponytail’, Roberto Baggio.

The 90s were the heyday of Italian football, or Calcio, as it's known over there. Massive, heaving crowds with gargantuan flags would peer through billowing firecracker smoke at some of the finest footballing talents from across Europe and South America: Gullit, van Basten and Rijkaard; Caniggia, Batistuta and Crespo; Gascoigne, Platt and Walker(!). The success of the nation's football prowess was encapsulated by Milan's 4-0 demolishing of Barcelona in the 1994 Champions League Final.

And in a living room in the Midlands I took my front row seat. Every Sunday was a lesson in real football: all cultured, classy and cool.

But this is not 1994 and things are not what they were. Calcio is not what it was. Since the decommissioning of Football Italia on Channel 4 a slow decay has seemingly set in.

The Italian football landscape has grown ever bleaker over the past decade or so as clubs have felt the reverberations of the calciopoli scandal of 2006 in which numerous teams, managers and players were implicated in match rigging, amongst other misdemeanours. In wider Italian life, the political upheavals of the decade, the fall-out from the shenanigans of the Berlusconi era, and the economic crash of 2007-2008 have left the Italian economy jaded, to put it mildly.

The received wisdom of 1960s America was that the fate of the nation was inextricably bound up with the fate of the nation’s businesses. The saying ‘as General Motors goes, so goes the nation’ has passed into the collective vocabulary. Given the long-standing ties that bind both Juventus and the Italian national team to the motor company Fiat, the Italians might well say ‘as Fiat goes, so goes the Scudetto’.

The English, Spanish and German leagues are all arguably stronger than the Italian, both in terms of playing talent and financial clout. The French league is the plaything of the big spenders Paris Saint Germain, and, to a growing extent, Monaco. Meanwhile, Serie A is in danger of slipping into a self-perpetuating mediocrity.

In both of the past two seasons just one Italian team has made it through to the last 16 of the Champions League.

Average attendances at top flight matches have slowly dwindled to a meagre 23,385 (in 2013/14), with just 57% of seats being occupied on average for a league match. Compare this with 92% in the Bundesliga and 95% in the English Premier League.

The stadiums, for the most part, are old and crumbling. Juventus are the only top flight club to move into a new stadium since as long ago as 1990, when the Stadio delle Alpi was built.

But all is not lost: there are signs of life.

Juventus’ new stadium, built in 2011, seems to have breathed new life into the Old Lady of Turin and the club has bounced back from the ignominy of calciopoli in startling fashion. They currently top the table heading for a fourth consecutive league title, are in the top 10 of the Deloitte Money League for the third consecutive year, and have made a good fist of their Champions League campaign thus far. What’s more, their opponents in the last 16 of the Champions League are the floundering Borussia Dortmund, currently languishing at the bottom of the Bundesliga. A Juventus win seems a shoe-in.

It remains to be seen whether any of the other clubs on the Peninsula can emulate Juve’s recent phoenix-like successes. New stadium laws may soon enable clubs to follow in their steps and shed the dead weight of old, dilapidated, council-rented stadiums in favour of new, purpose-built, club-owned constructions. AC Milan, it is reported this week, is looking to move from the 80,000-seater San Siro, to a new build of 48,000.


The Italian word for ‘goodbye’ is the same word for ‘hello’. So, it’s Ciao Calcio. You may choose to translate that whichever way you’d like. But consider this: the Financial Times reported that Fiat has posted a quarterly profit in Europe for the first time since 2007. And you know, as Fiat goes, so goes the Scudetto.
Calcio Economy Fiat Italy Scudetto Soccer